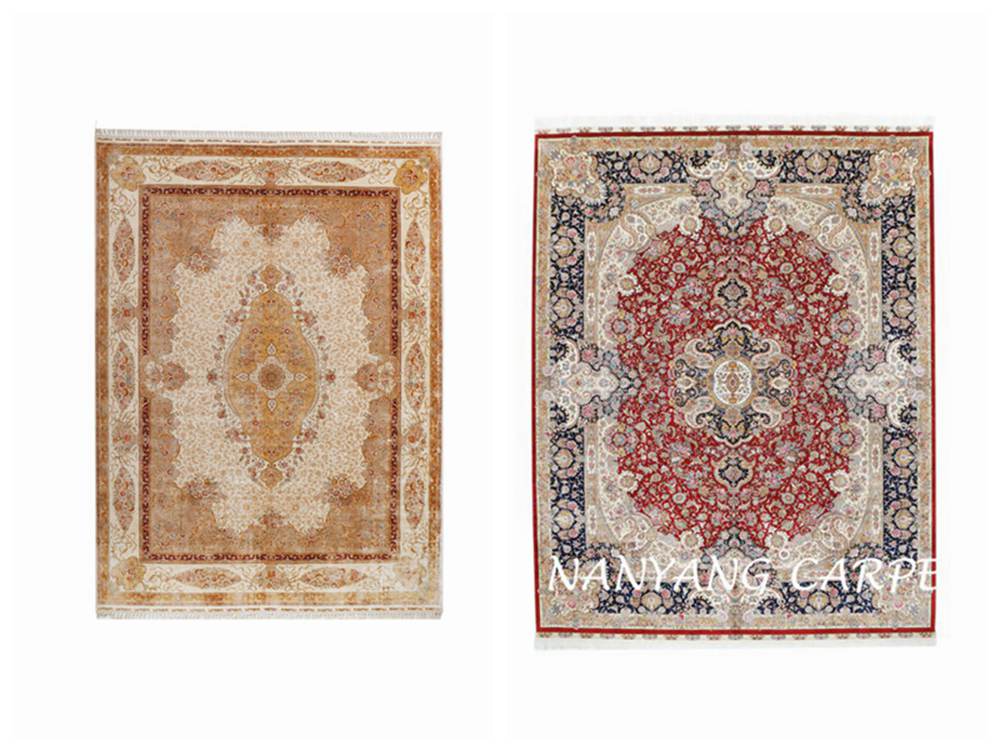 These large size Persian style traditional rugs from Nanyang Carpet are stunning and magnificent as well as show uncommon and unparalleled beauty. 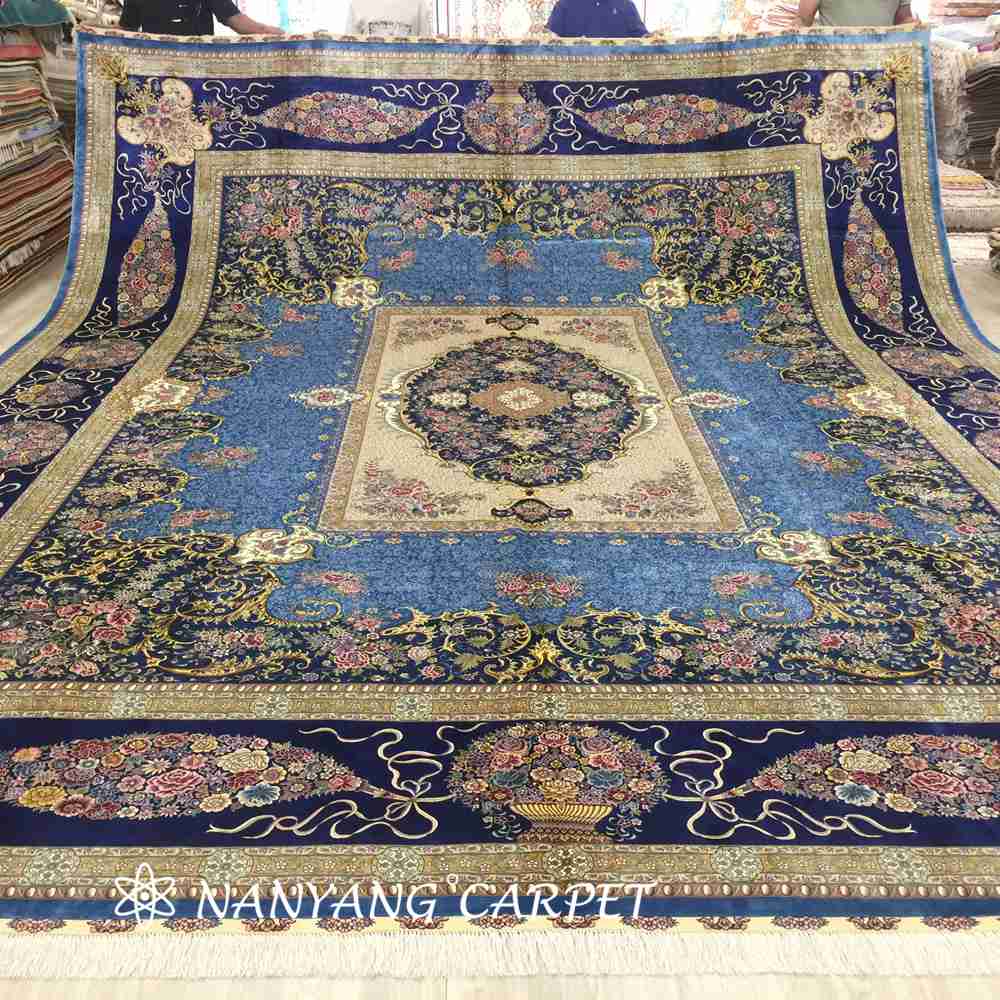 This oversize Persian Rug uses a wide variety of colors, but they don't show off or conflict. Many colors in the natural world are used in carpets. 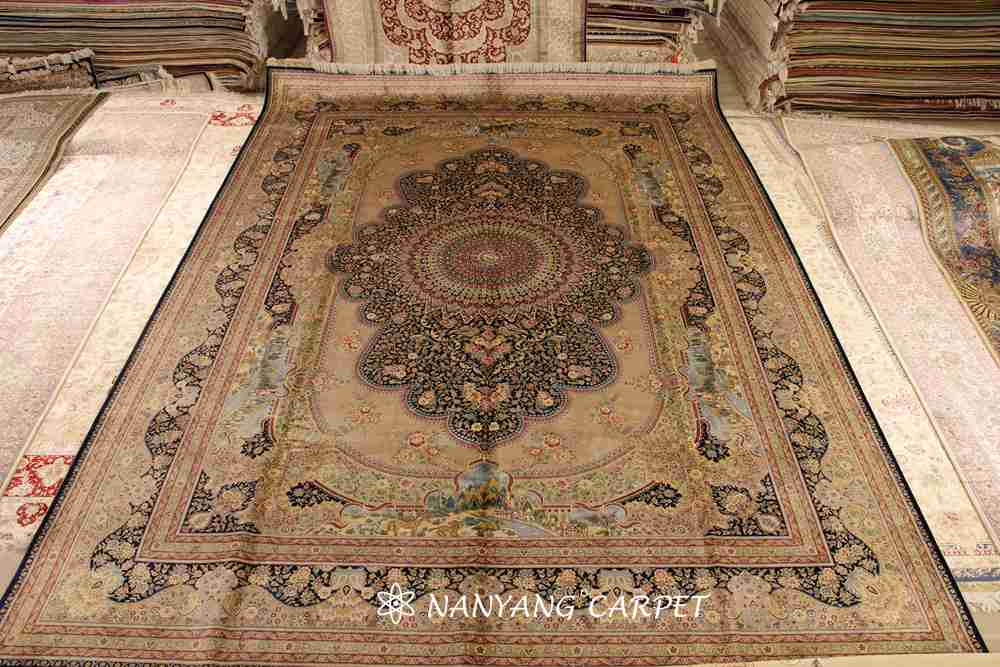 Persian Carpets are considered the standard for excellent carpets technically and qualitatively,which are unique because of extreme complication and mainly emphasizing designs and lines. Persian rugs use many exquisite decorative styles, highly complex vines, medallions of various shapes, palm leaves and many abstract decorative patterns.
Persian Silk Rugs from Nanyang Carpet factory are made of top fine natural silk and completely hand knotted,which are with long-time durability, usually with tight density last for decades with regular care and professional cleaning. 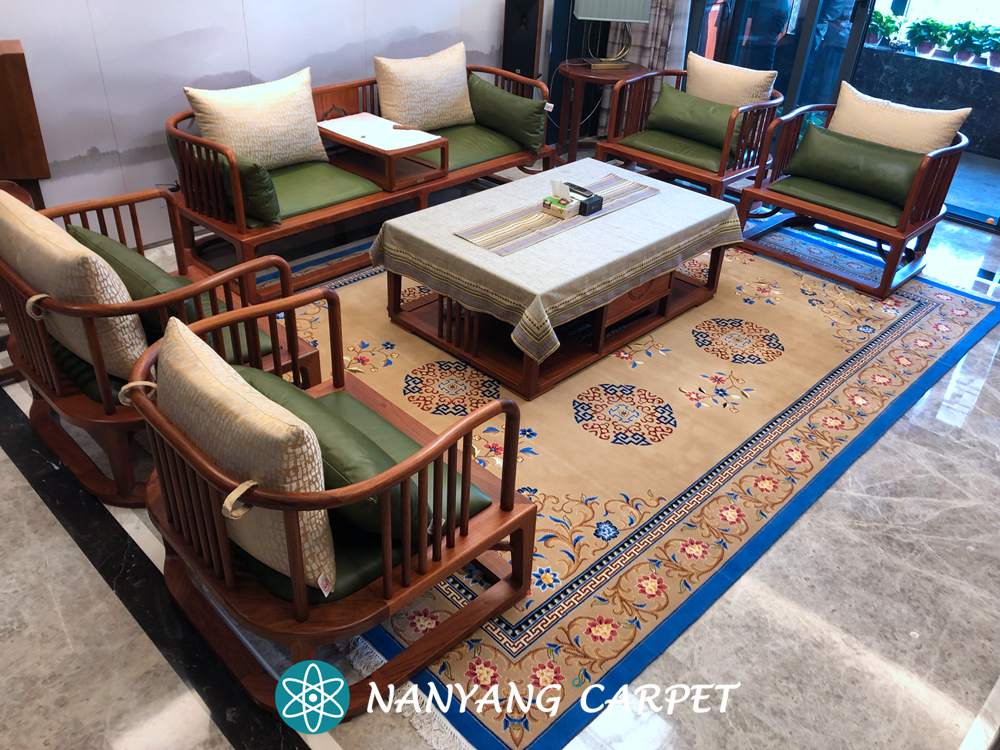 Chinese people may celebrate the Chinese New Year in slightly different ways but their wishes are almost the same.They want their families and friends to be healthy and lucky in the coming year.
Chinese New Year is celebrated in many countries around the world. Each new year is named after one of twelve animals. 2018 was the year of the dog and 2019 is the year of the pig. 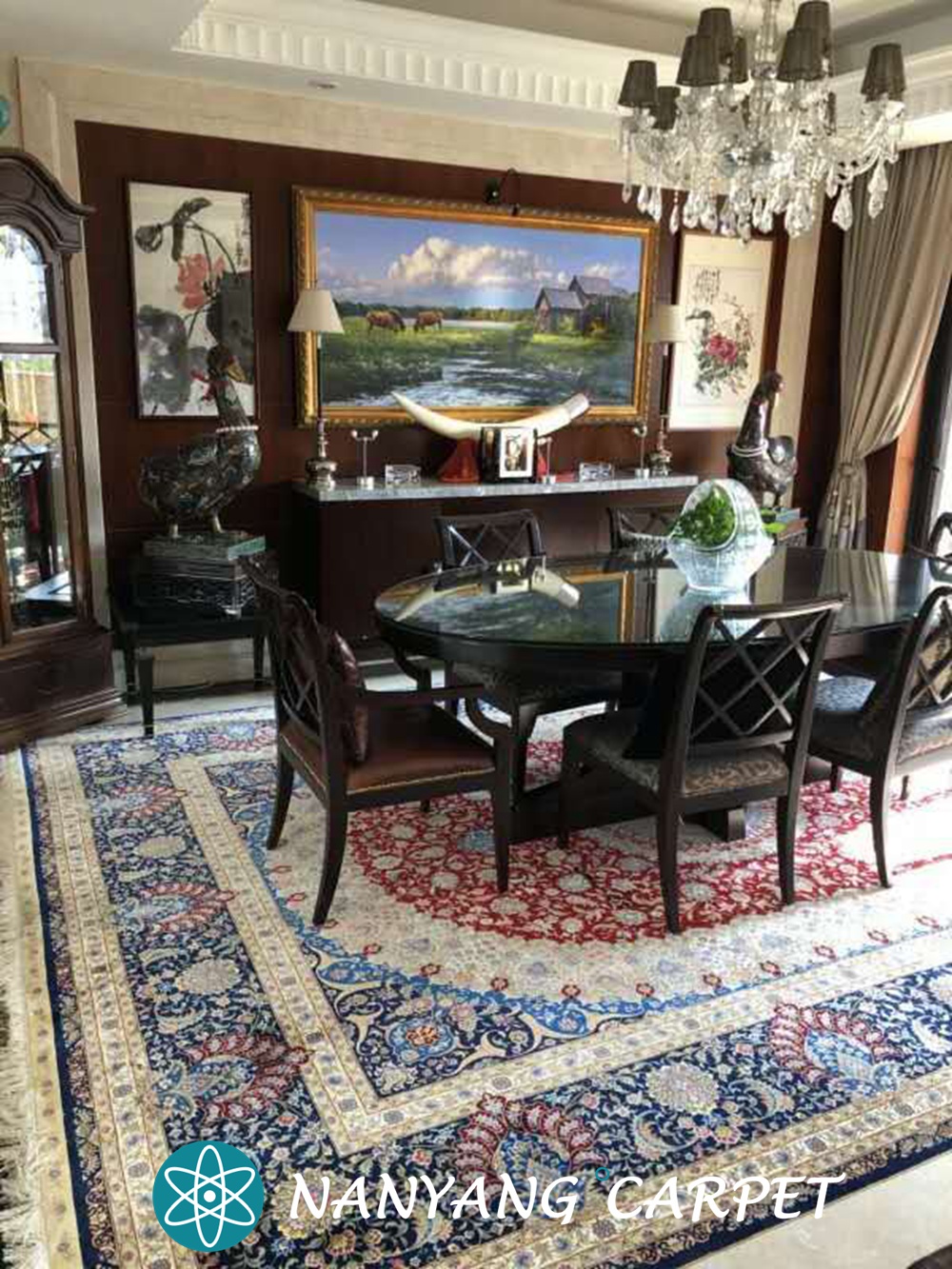 In order to celebrate the Spring Festival, Chinese people will prepare a variety of delicious food and funny things.What`s more,they also clean up,dress up theirs houses, which symbolizes saying goodbye to the bad luck, and welcoming a new start. It is believed the cleaning sweeps away bad and makes the house ready for good luck to enter.

A Chinese customer dress up his rooms with Oriental area rug,and he shared us the home decorationrug photos with us. 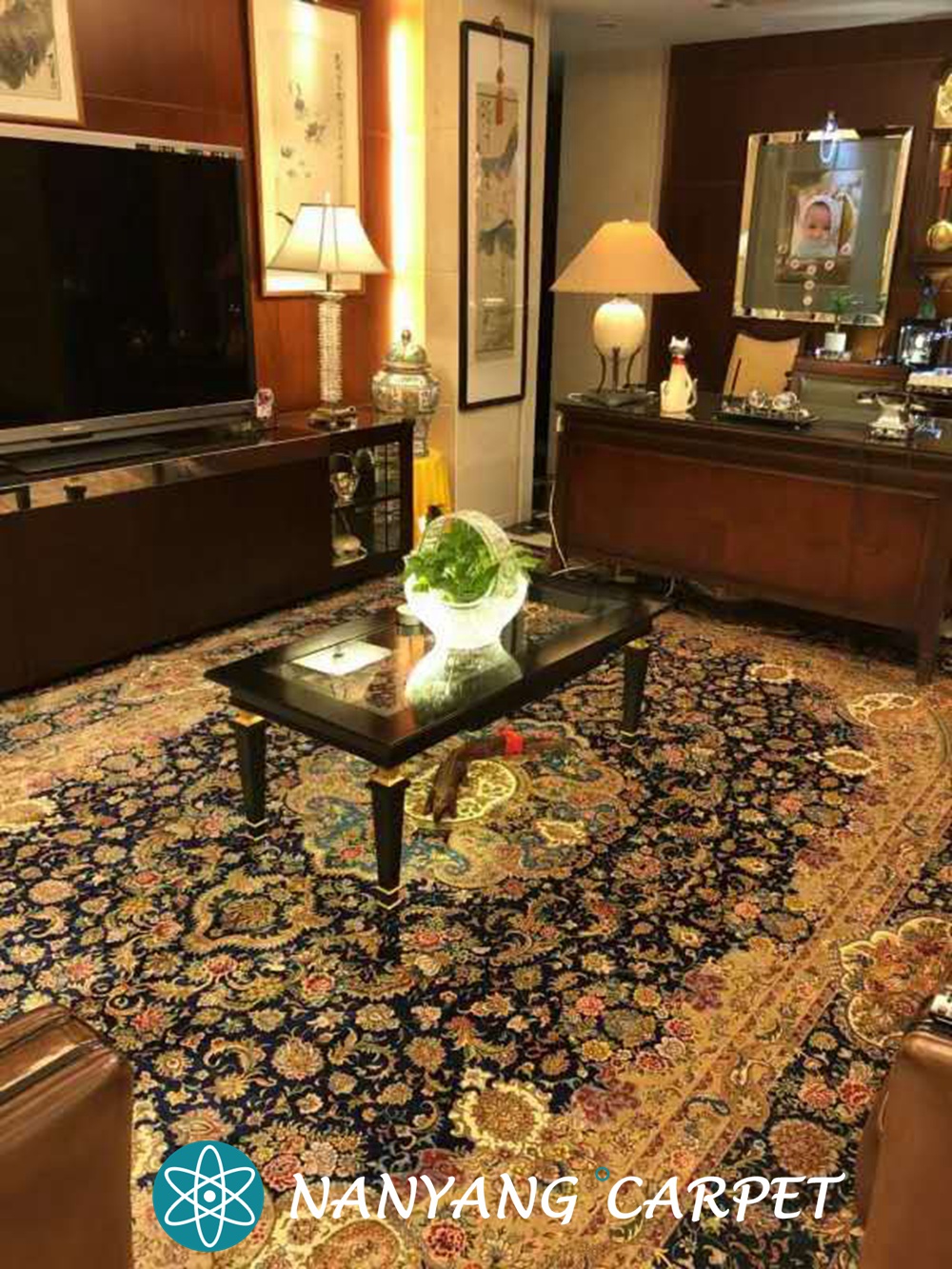 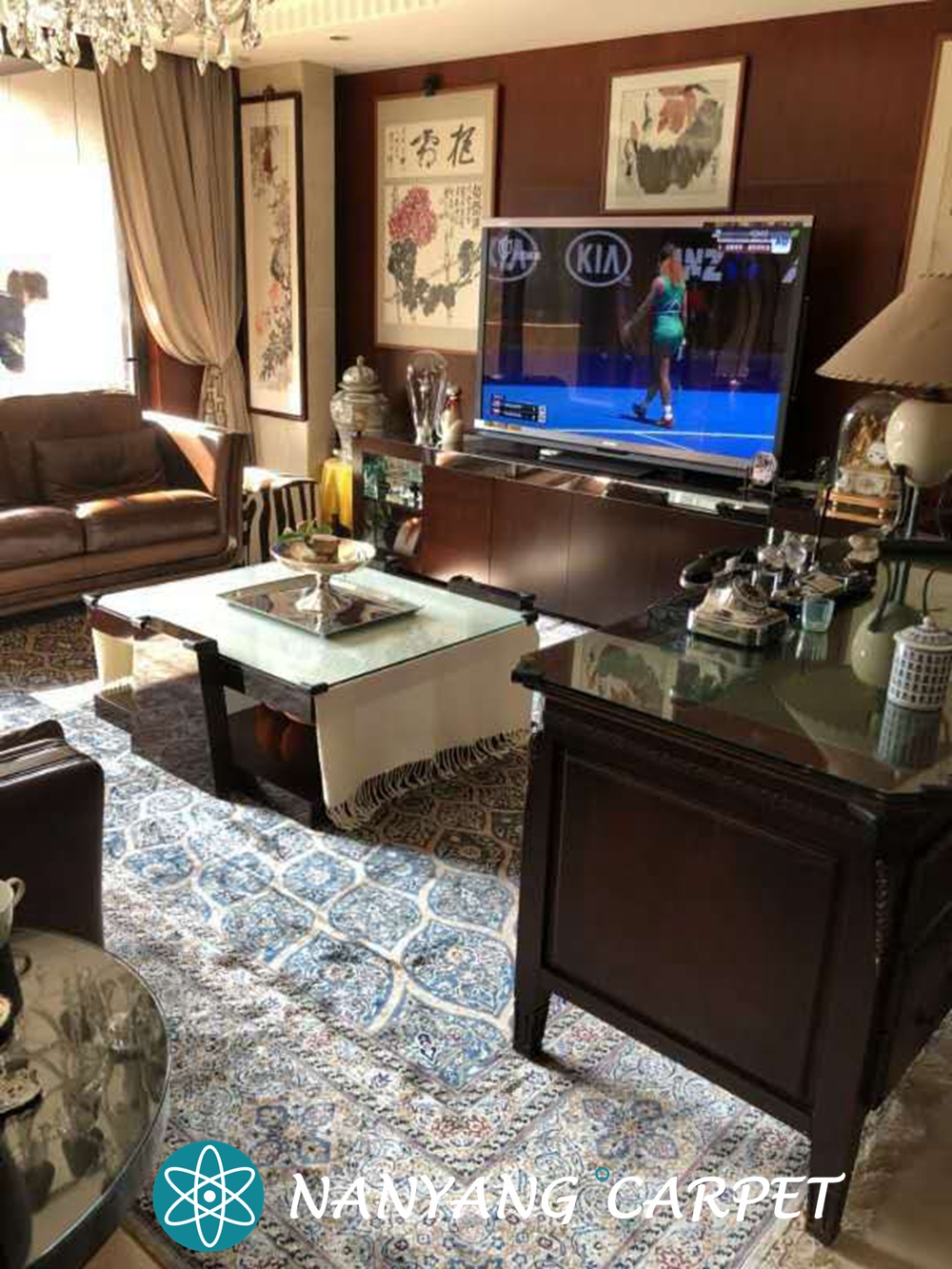 These rooms have taken on an entirely new look in the dress of these pure silk handwoven carpets. 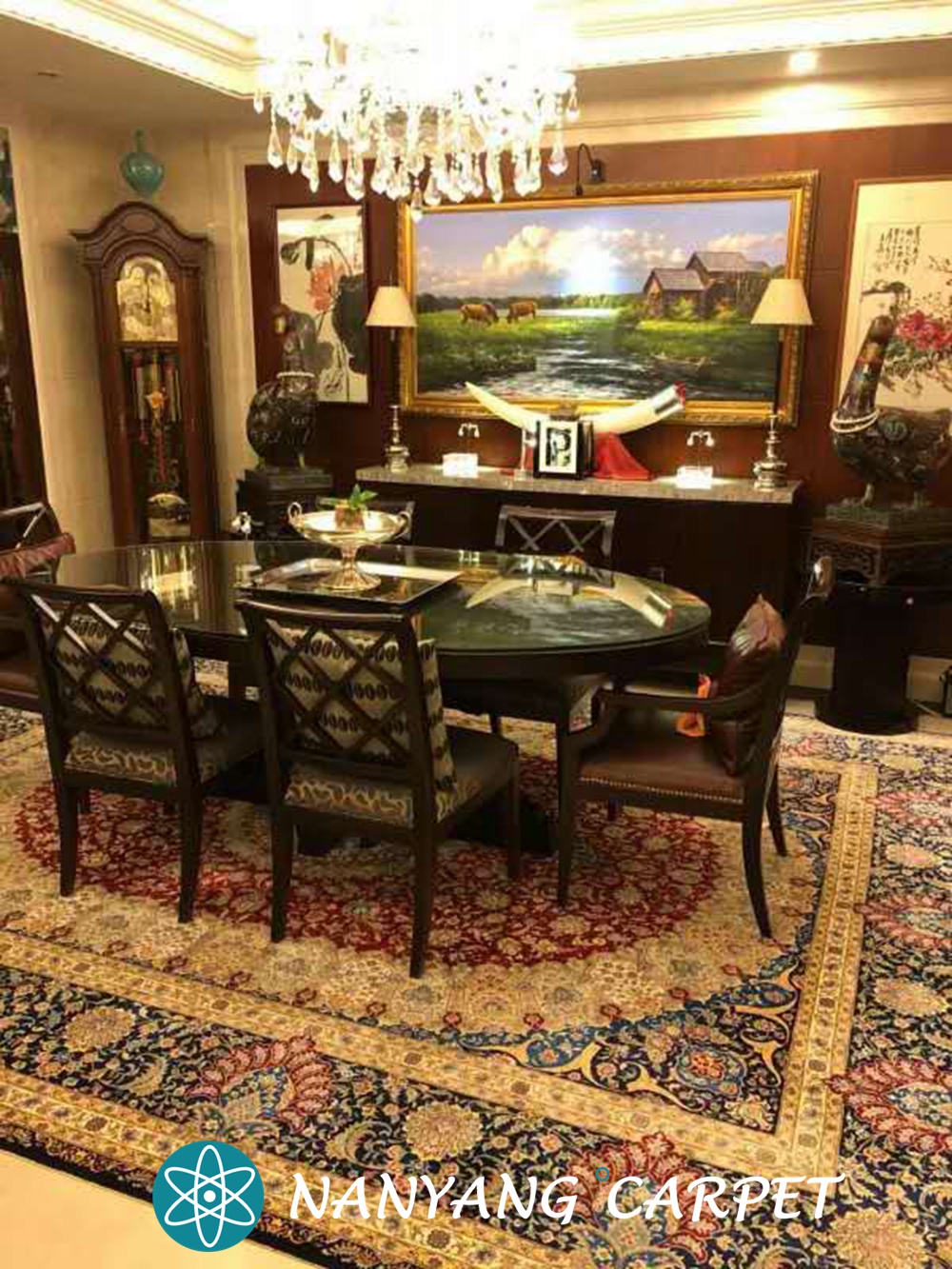 This article is written by Elly from Nanyang Silk Carpet Factory.
WhatsApp/Tel: +86 15038238579
Email:info@nanyangcarpet.com